Qetaifan Projects announced on September 2021 in a press conference held at the Ritz-Carlton Hotel – Doha, and attended by businessmen, senior management of Katara Hospitality, institutions and companies in various fields and sectors, in addition to some of Qetaifan Projects’ partners, most notably the international Rixos Hotels chain; operator of the beach resort, beach club, waterpark, retail and festival plazas in Qetaifan Island North. 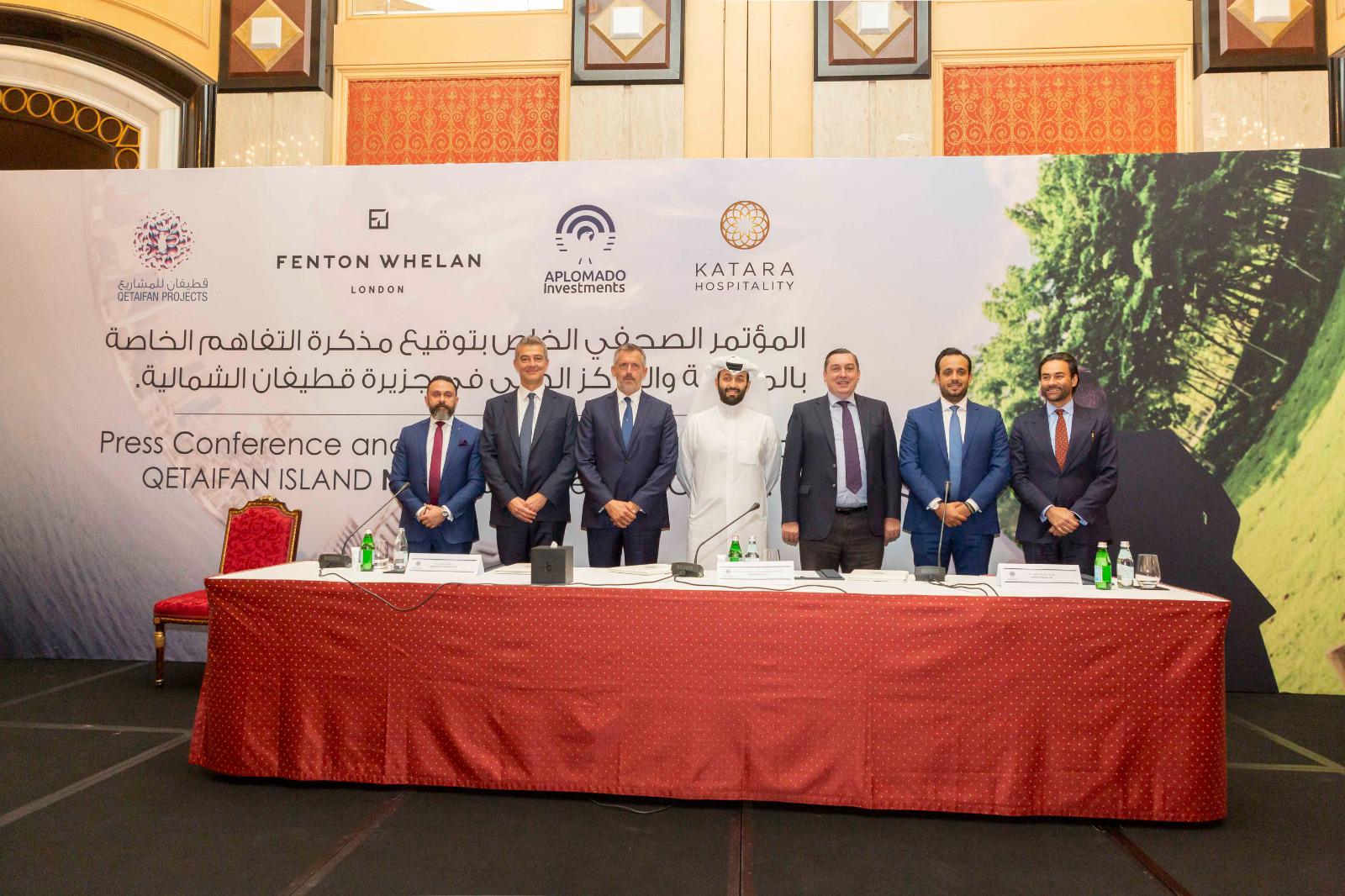 “We are happy to conclude this agreement, which shows the concerted efforts of government bodies and institutions in the country, which have worked and are still working to provide an attractive investment environment for foreign investments, and perhaps the most prominent of these efforts is starting to implement the freehold law for non-Qataris, which would provide the local market with international standards and options that work on developing and revitalizing sectors such as tourism, hospitality, entertainment and of course real estate development.” 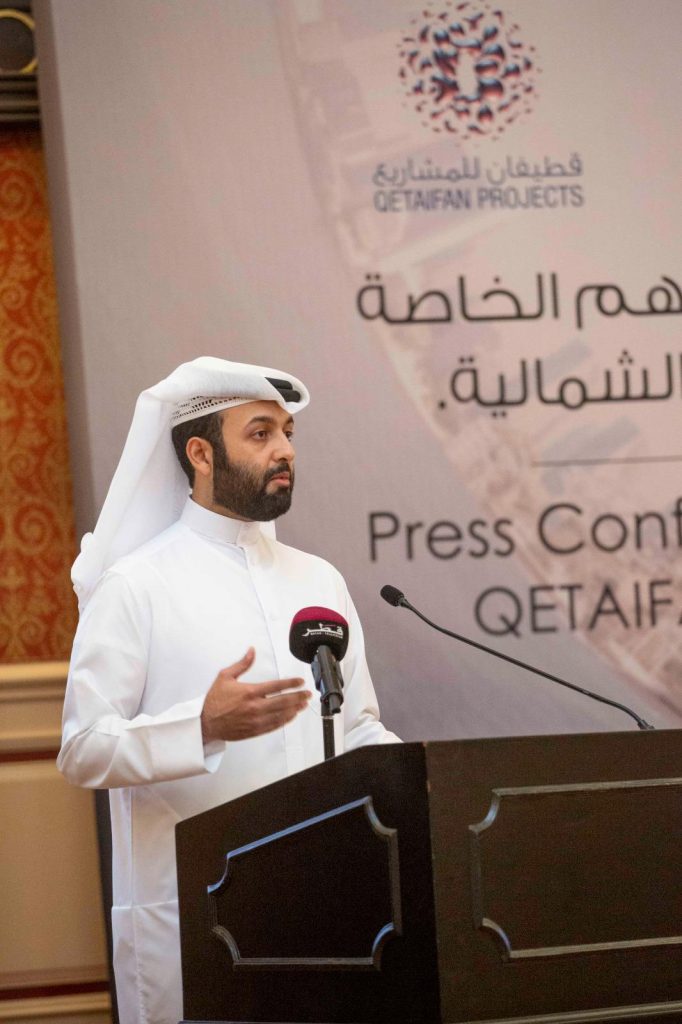 “We do not consider the medical center and the school as just an addition to the residents of Qetaifan Island North, but we treat this type of facility as an addition to the whole local real estate development market, which would increase investment opportunities, improve the quality of projects, and allow the real estate developer to focus on the investor by providing appropriate livelihoods and providing projects with the services and facilities necessary to provide an exceptional lifestyle, which in turn will positively affect the value of the investment plots and will encourage entering into more partnerships, whether local, regional or international. His Excellency concluded, “Qetaifan Island North is not only the first entertainment destination in Qatar that has world-class facilities, but behind this huge national project is a distinguished team and ambitious young Qatari cadres with a promising future, and we, in Qetaifan Projects, are happy to work with them as one hand. We are proud of our belonging as citizens and residents under the umbrella of the renaissance and development witnessed by the state’s sectors in recent times and working to achieve Qatar Vision 2030.”

It is worth mentioning that Qetaifan Island North has been developed to be a touristic destination and the first choice for tourists as the first entertainment destination overlooking the waterfront of the State of Qatar, and the project’s masterplan includes residential and commercial real estate, a luxury 5-star hotel, a beach club, and a state-of-the-art waterpark under the management of The international chain of Rixos hotels, in addition to retail and festival plazas. One of the most prominent development plans is the establishment of a private K-12 school and a medical center in the center of the island, one of the most important factors attracting investments, which Qetaifan Projects worked on and culminated in this agreement.

To contribute to the implementation and success of the new development partnership between British and Qatari companies, Aplomado Investments and Fenton Whelan are working with UK Export Finance, the the UK Government’s export credit agency, who are providing an export credit loan to assist with project procurement and logistics. Support has also been offered from the office of His Excellency Mr. Jon Wilks, the UK Ambassador to the State of Qatar. His Excellency commented, “I am delighted that Qetaifan Projects, and UK investors Fenton Whelan and Aplomado Investments, have formed a partnership to develop a British school and a British medical centre on Qetaifan Island North. I look forward to seeing our high quality British healthcare and education institutions establishing themselves as leaders in their field in Qatar at one of Qatar’s most desirable new residential and leisure areas. The UK is proud to support this project in Qatar as a symbol of partnership and confidence between our two countries.”

“We are working in Qetaifan Projects on the consolidation of the real estate development value chain, which in turn aims to benefit all parties, starting with the developer and ending with the investor and tenant. Today, and after this agreement, we can say that during the past three years and since the establishment of Qetaifan Projects, our efforts have been crowned by bringing the best investment opportunities to contribute to the development of Qetaifan Island North. There is no doubt that we are happy with this partnership and we look forward to adding more accomplishments to Qetaifan projects.”

The new British school will provide a 30,245sqm campus with a built-up area of 17,000sqm, comprising classrooms, main school hall, campus library with lounge areas, science and technology building, sports hall and school canteen/restaurant. The school’s extensive playing fields, tennis courts and grounds will front on to the waters of the salt canal, and it is envisaged that in true British style, students will be able to learn Oxford/Cambridge style competitive rowing and leisurely riverboat punting on the canal. Construction of both projects will start in parallel in Q1 2022 and each will have a 24-month construction program.

In this regard, Mr. Jeremy Bussey, CEO of Aplomado Investments also expressed:

“We are excited to expand our operations in Qatar. Qatar and the UK share a long history of close ties and we are thrilled to be part of its future by contributing to its 2030 vision.” 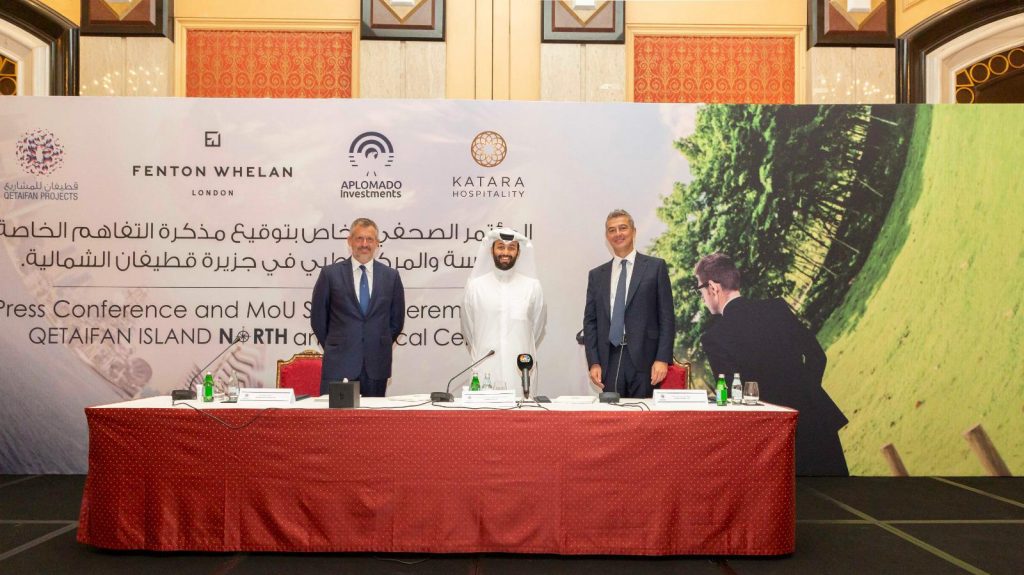 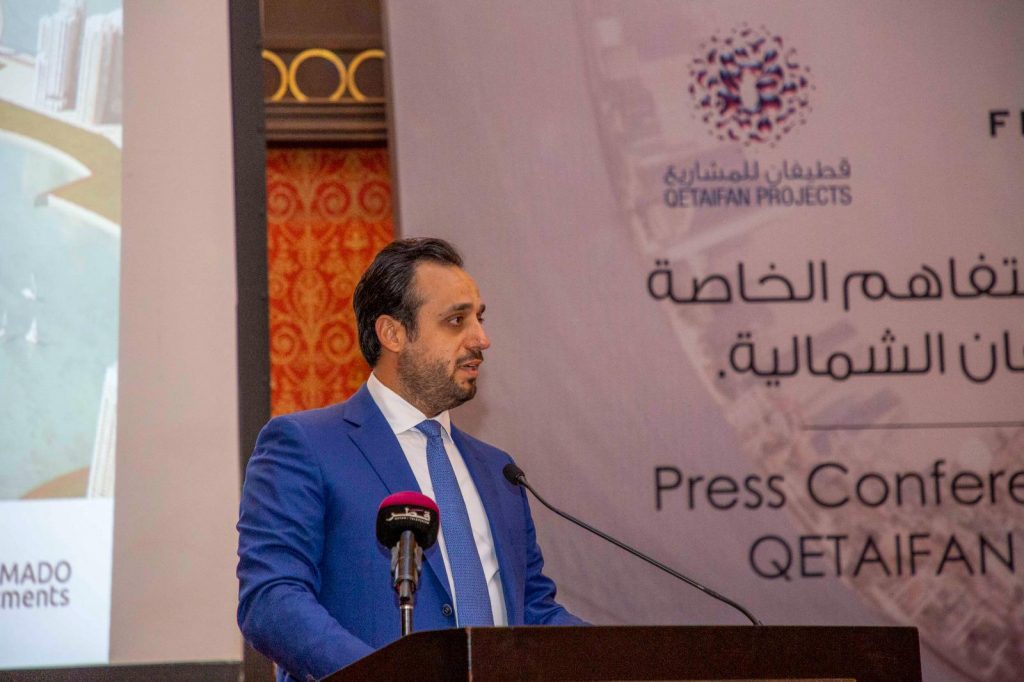 “Fenton Whelan is delighted to have entered this global partnership with Qetaifan Projects to bring medical and educational facilities to Qetaifan Island North. Fenton Whelan is already building an outpatient facility at our new Park Modern development in London, and we have chosen to expand and develop in Qatar because we were captivated by the clarity of vision for Qetaifan island North. This unique island destination combines entertainment attractions, residential neighborhoods, luxurious hotels and world-class facilities creating a community and destination for tourists and local visitors alike.”

“The new school and medical centre will provide a unique offering to the Qatari market. Fenton Whelan and its partners chose to invest and develop in Qetaifan island North because we believe that the Qatar economy, tourism and inward investment will continue to thrive and grow as the preparations to host the 2022 FIFA World Cup build.”

Located off Lusail City, Qetaifan Island North is a 1.3 million sqm development which will provide a new waterfront destination for Qatar. The island is considered as a unique development due its diversified projects, including a linear park which weaves throughout the island, and a 1.2 km salt canal linked to the sea, waterfront shopping and restaurants promenade, a 129,296 sqm waterpark complementing the theme of the oil and gas industry, a 15,400 sqm retail plaza and a 5-star hotel comprising 335 keys and 10 chalets. Alongside these retail and leisure facilities there will be mixed-use residential buildings including 107 villas and over 3,650 apartments and penthouses. In addition to the school, medical center, and a mosque. 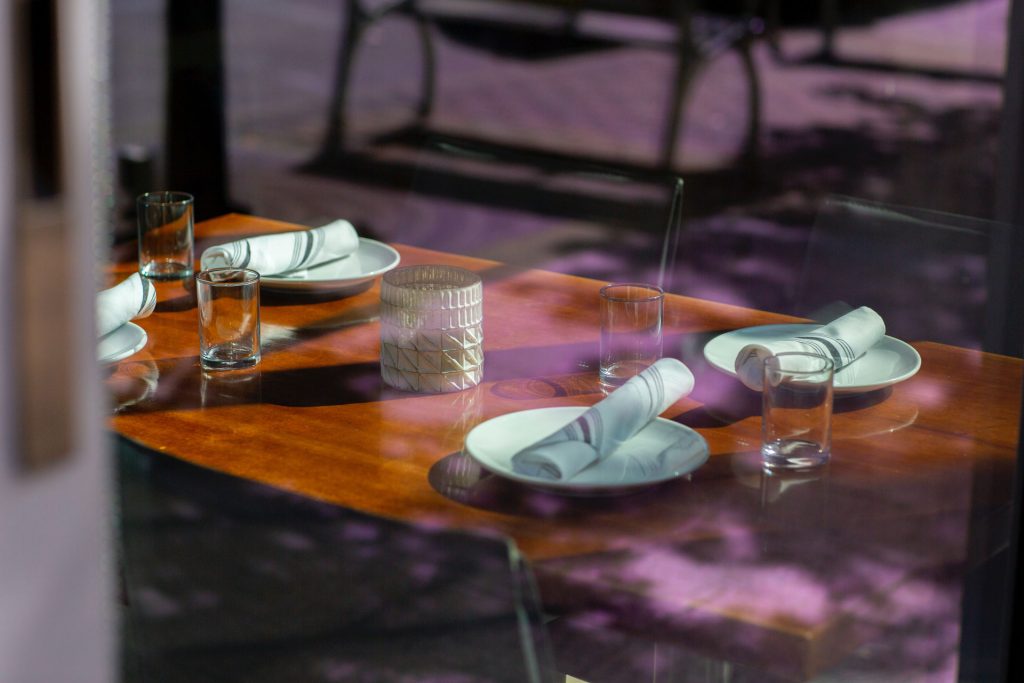